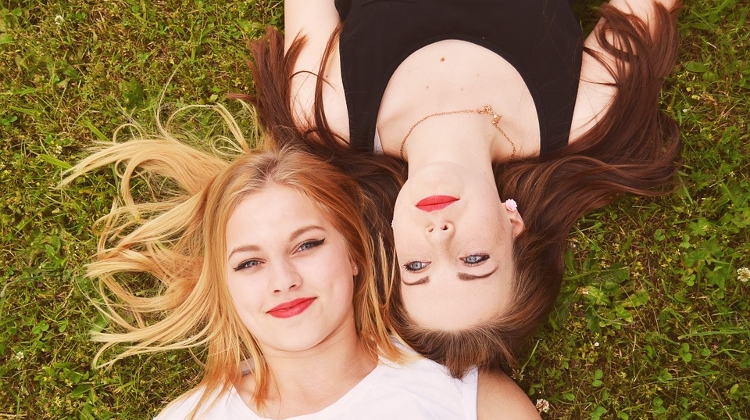 A survey assigned by Richter Gedeon Plc. reveals which factors influence the way women feel about themselves, their surroundings, their workplace and expectations and just how important family is for them, as Dívány reports. The research was conducted in Hungary and in seven Western European countries.

For 87 per cent of the Hungarian women who filled out the questionnaire, family is the most important aspect of life, and 72% of the European women (from Portugal, Spain, Italy, France, United Kingdom, Sweden, Germany) agree.

Keeping a healthy balance between family and the workplace is a challenge for almost everyone, but it is an especially tough case in Hungary, as compared to the other countries, only half of them has a part-time job.

In Hungary, more women are employed in full time than in part. Two-third of Hungarian women believe that they are able to spend enough time with their loved ones, although only one-third of them finds this task to be easy.

The other two-thirds complained that they are unable to spend much time with their friends, while this applies to only 40% of the western women. Despite their crowded schedules, Hungarian women, in the majority (63%), are satisfied with their achievements at their workplaces. 36 per cent of women in Hungary are not happy with their income.

Are Hungarian Women Neglecting Their Health?

Only 55% of Hungarian women attribute importance to their bodies and visit a doctor if they notice that something is wrong, but 85% of women in Hungary feel like they can provide stability and security for their families even in times of illnesses.

Dr Tamás Telek, gynaecologist, explains that many women have misconceptions regarding gynecologic problems so they would just rather bear them instead of solving them by asking for professional help.

In other cases, women are too afraid of the diagnosis. Almost half of women in the 29-50 age group experience severe menstrual pain that could be caused by gynaecologic issues, but 58% just puts up with it.

Only a quarter of women concerned by infertility consult with a gynaecologist. Sadly, barely half of the women who participated in the survey go to regular check-ups, but the situation is just as bad elsewhere where only 54% pay attention to this.

Is An Attractive Appearance Motivating Or Frustrating?

Hungarian women want to be more attractive to others than other European women (64% vs 58%), though they are less satisfied with their appearance (47% vs 55%).

In many cases, women are dissatisfied with their bodies because of the over idealised woman’s image that is promoted on social media. Despite the importance of appearances, Hungarian women often neglect the advised healthy lifestyle.

While 60% of Hungarian women pay attention to following a balanced diet, only one-third of women do sports, since that would require more free time. In contrast, 43% of European women do some kind of sports.

Is Sexual Satisfaction Needed For A Happy Relationship?

Three out of four Hungarian women argue that sexuality is of key importance in a woman’s life, while only 60% of western-European women agree with this.

However, only 60% of Hungarian women reported a satisfactory sexual life, even though 80% of women claimed that they love their partner. Despite the 59% of the Hungarian women who are worried about an unwanted pregnancy, 33% of them does not even use any form of protection.

According to sexual psychologist Dr Krisztina Hevesi, it is crucial to learn how to talk about sex in a proper way that would not lead to further traumas and conflicts.