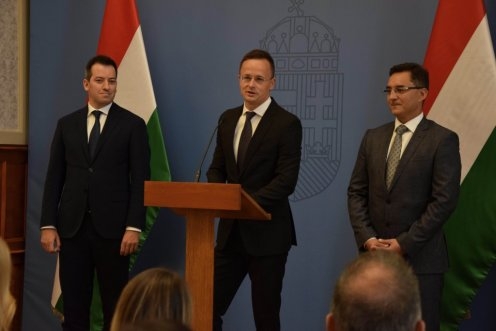 A left-wing columnist fears that the new BMW factory announced in Debrecen will not benefit Hungary. A pro-government economist finds such suggestions absurd, and welcomes the opening of the new car plant.

BMW has announced that it will open a new factory in Debrecen in eastern Hungary.

The German auto producer will invest one billion Euro, and the Hungarian government will also help the project through favourable tax agreements. The factory will create 1,000 new jobs and increase its purchases from Hungarian car part producers.

Népszava’s Róbert Friss  causions against celebrating BMW’s decision to open the new plant in Debrecen. The left-wing columnist acknowledges that Hungary needs foreign investment, but fears that multinational companies are the primary benefactors of such deals.

Friss wonders whether it is really in the interest of Hungarian tax payers to subsidize a new factory that will create huge profits for BMW.

In Magyar Hírlap, Imre Boros dismisses  left-wing criticism levelled against the BMW factory. The conservative economist finds it absurd that left-wing critics might expect BMW to invest in Hungary without expecting a profit.

The investments of the car producer will not only boost economic output and create new jobs, but will also help Hungary to further reduce its dependency on foreign currency.

Boros thinks that fears over Hungary’s over dependence on the car industry are exaggerated, bearing in mind that in Slovakia and the Czech Republic, the car production sector plays a much bigger role in the national economy.

Boros also suggests that Debrecen was selected not only for the great infrastructure and the availability of cheap labor, but also for the political stability and clear policy line followed by the Hungarian government.