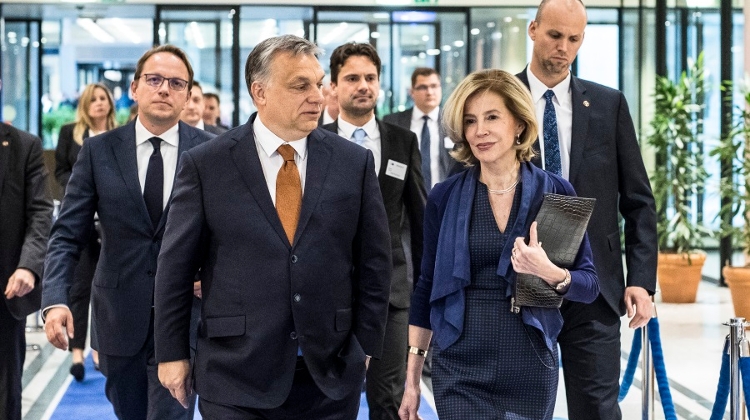 It was quite an entrance, Viktor Orban, Hungarian Prime Minister, who turned up late to a debate on his country's relationship with the EU.

The European Parliament is set to vote on triggering Article 7 of the EU's treaties against Hungary over the country's human rights record.

If approved, it could lead to Budapest having its voting rights suspended.

Viktor Orban defended his government saying: "You believe you know better than Hungarians what they need, therefore I have to say this report does not give due respect to Hungarians.

This report uses double standards, abuses powers and goes beyond competences, and how it is approved is violating the treaty."

Udo Bullmann, German Socialist MEP, said to Orban: "You are here today at the head of the most corrupt government which is here in the EU, that's regrettable but it's true."

"I will be the first to be against measures or sanctions against Hungarian people, against the country. These sanctions have to be especially directed against the Hungarian government", said Guy Verhofstadt, Belgian Liberal MEP.