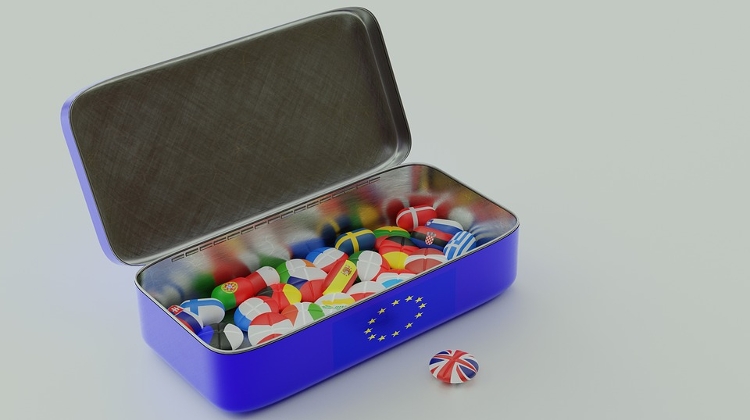 While the debate about Theresa May’s proposed deal continues in Britain, a hard Brexit would definitely not be in Hungary’s interest.

In late November, British and European Union representatives drafted an agreement outlining the relationship of the United Kingdom and the EU after 2021.

However, it is still uncertain whether or not this “soft Brexit” agreement will come into effect as the British government and parliament remains divided on the issue, with a crunch vote due as this issue was going to press.

Because of this, the “hard Brexit” option (the United Kingdom leaving all European treaties including the single market and the customs union and trading with the EU by basic WTO rules) is still on the table.

According to a study by Oxford Economics, Hungary’s GDP could shrink by as much as 0.5% in the case of a no-deal Brexit – the third highest damage after Britain itself and Ireland.

The study states that the United Kingdom’s exit from the European Union will affect Hungary in three major ways: the volume of EU funds may decrease, Hungarian companies with business ties to Great Britain could suffer a drop in revenue and many of the hundreds of thousands of Hungarian citizens working in Britain (who send home more than HUF 50 billion every year) could be forced to move.

“The proposed Brexit deal would decrease uncertainty, since it would guarantee that the current rules for trade applied for a transitional period, until December 31, 2021. The deal would regulate the relationship between the U.K. and European countries in many ways, and provide time to negotiate bilateral agreements between Britain and individual countries,” he adds.

If a no-deal Brexit happened, Hungary, like other countries, would have to negotiate bilateral trade agreements with the island nation. Britain is Hungary’s seventh most important trading partner, with 3.7% of Hungarian exports arriving there, according to Observatory of Economic Complexity (OEC) data from 2016.

Trade between the two countries would be seriously disrupted by a hard Brexit: companies cannot really prepare for this scenario since nobody can tell what the eventual legal framework for trading between the two countries will be; it would only be finalized by bilateral agreements negotiated and signed after Brexit becomes a legal fact. Until then, making long-term business deals would be virtually impossible.

“The most important change is the one regarding sale and supply chains,” says Gábor “Even if the proposed deal is accepted, the U.K. would leave the European customs union, so after Brexit, tariffs would be imposed on products traded between the U.K. and EU member states, on top of the sales tax already in effect.”

Gábor advises companies connected the United Kingdom to review their current supply chain and if necessary, employ customs experts to prepare for the effects of Brexit.

“It is already certain that, as Brexit draws closer, logistics companies are becoming overburdened, causing delays in shipping. Market sources say that these companies are already fully booked for deliveries for the weeks before the final deadline of Brexit.”

He also added that exports into the United Kingdom will also have to comply with different regulations (new British safety, environmental or quality standards replacing EU rules). Therefore, companies are advised to acquaint themselves with the new rules in advance.

Whether or not a Brexit deal is signed, the United Kingdom will eventually stop paying into the EU’s cohesion funds, which could be a significant blow to Hungary’s economy. Britain’s payments account for approximately 7% of the EU’s budget; however, Hungary might lose more than that in EU funding after 2021.

As Kinga Kenyeres, governing advisor of Deloitte Hungary notes, the EU’s funding of its peripheral member states is being restructured at the same time Brexit happens. “According to the [current] European Commission’s proposal, Hungary would receive 24% less EU funds between 2021 and 2027.Brexit is not the only thing to blame.

The Union is facing new challenges, such as economic issues in southern member states, the migration crisis and several European industries losing their competitive edge. These issues force the EC to reallocate cohesion funds away from Central and Eastern European member states, who are doing comparably well economically, to southern countries.”

Much more complicated is the issue of Hungarian nationals living in the United Kingdom. If the proposed deal is signed, their status will not change significantly: EU citizens who, until the end of the transitional period in 2021, will have spent five or more years in Britain will gain permanent residency in the country.

After Brexit takes effect, immigration from the EU will become much harder. In essence, there will not be any difference between EU citizens and third country nationals, and Hungarians will have to apply for working visas and residency permits.

According to leaked government letters published by British daily newspaper The Daily Telegraph, U.K. lawmakers also plan to reduce the legal stay time for unskilled workers from the EU. According to these proposals, those arriving after the grace period is over would have to renew their residency permit every 11 months.

They would not be able to use their permit to gain the right of entry for their family members either. By contrast, those with higher education could still gain permanent residency and the right for family reunification.

“If the current deal is accepted, it is unlikely that Hungarian workers who currently (and until the end of the transition period) stay in the U.K. will be forced to leave,” says Gábor. “If no deal is reached, new directives can make expats’ lives harder. In this scenario there is a chance for a wave of people coming back to Hungary.”

At a town hall meeting organized by the British Embassy in Budapest on January 8, both U.K. Ambassador Iain Lindsay and Szabolcs Takács, Hungarian Minister of State for EU Affairs in the Prime Minister’s office went out of their way to say both sides would do their best to protect the rights of the other’s citizens.

In a comment the British embassy put out later, it said: “In the case of a ‘no deal’ scenario, the Hungarian government has committed to protecting the current rights of U.K. nationals legally resident in Hungary on March 29, 2019, on a broadly reciprocal basis with the U.K.”

On January 15, MPs in the British parliament rejected Theresa May’s negotiated deal to withdraw from the European Union by 432 votes to 202 after five days of debate.  While the defeat had been widely expected, the crushing nature of it did surprise many (reuters.com described it as the worst parliamentary defeat for a government in recent British history).

On January 16, as we went to print, the government was facing a vote of no confidence, called for by the opposition Labour Party in the hope of triggering a general election should the government lose.

Many of the Conservative rebels, and the Northern Irish DUP which also voted against the Brexit deal, have indicated they will back the government. Some Labour politicians have also said they expect to lose, on this occasion, but have suggstd more no confidence votes will follow.

Should she survive, Prime Minister May has just a handful of days to consult with MPs and go back to the EU in search of further compromises. Should she not get any, or the so-called plan b is also rejected, a no-deal Brexit, a new referendum, or even a move to cancel Brexit are all possible. The U.K. is due to exit the EU on March 29, 2019.

Local Opinion: Hard Brexit Seen By Hungarians As The Most Likely Option