Budapest Edition Of Monopoly To Be Launched 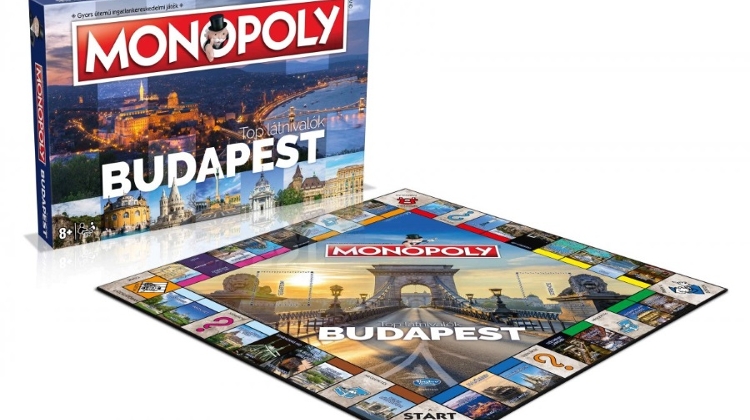 A special Budapest edition of the famous real estate board game Monopoly is coming to stores this year, featuring a range of locations such as the Citadel and Heroes square.

The original U.S. version of the game was launched in 1935, with the board depicting Atlantic City. After the Second World War, Monopoly was banned for a while in Hungary, as it did not fit the "values" of the 1950s, but has been available across the country since the fall of communism.

The first Hungarian-language version of Monopoly arrived in 1992, focusing on major cities across Hungary.

The new, Budapest-specific version aims at presenting the highlights of Budapest, including Margitsziget, Városliget, and many other iconic places, according to a press release by U.S.-based Winning Moves, the company behind the Budapest game.

Apart from the locations, the board features another special space:  that of leisure program website We Love Budapest, which is the official media partner of the manufacturer. Players who step on the space have to execute a variety of exciting tasks, the press release notes.

Winning Moves has a history of creating Hungarian versions of popular board games since 1997. Among others, it came up with Hungarian-language versions of board games based on blockbuster sitcom "Friends", the "Harry potter" franchise, and TV shows "The Big Bang Theory" and "Game of Thrones".

According to the press release, Monopoly Budapest can be pre-ordered at tarsasjatek-webaruhaz.hu at an initial sale price of HUF 12,999.