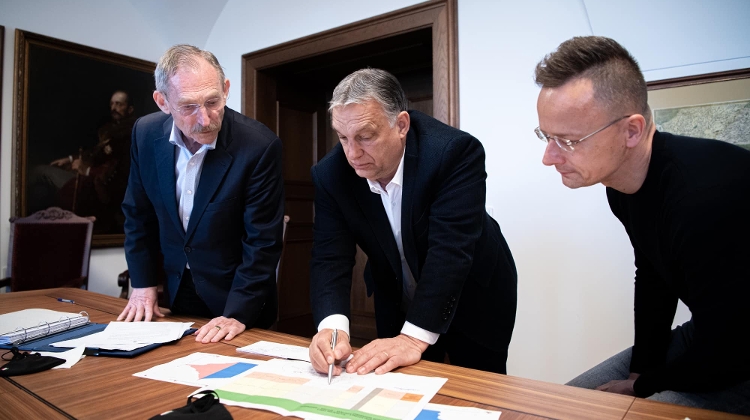 Hungary's next goal is "no less than five million vaccinated citizens", Prime Minister Viktor Orbán said on Facebook on Saturday.

In a video published after talks with the interior and foreign ministers Orbán said that the country had enough vaccines, adding that “success depends on whether people register for vaccination”.

“The shots save lives. Do not listen to anti-vaxxer voices, protect yourself and your families,” the prime minister said.

Orbán welcomed the fact that over one million people had received their shots during the past two weeks, and called it a “fantastic achievement”. He thanked all nurses, doctors, and other staff participating in the vaccination drive.

Meanwhile, Foreign Minister Péter Szijjártó announced that agreements had been signed with the foreign ministers of Slovenia and Bahrain to mutually recognise vaccination certificates.

Under the agreements, citizens will be allowed free travel irrespective of the vaccine they have been inoculated with.

The minister noted that Bahrain had been one of the first countries to apply the Chinese Sinopharm vaccine, and it had offered its experience to Hungary.

Fully 106 patients, generally elderly with co-morbidities, died over the past 24 hours, while 1,219 new infections were registered, koronavirus.gov.hu said on Monday.

The number of active infections has declined to 228,002, while hospitals are treating 4,872 Covid patients, 572 of whom need respiratory assistance.

There are 27,386 people in official quarantine, while 5,429,737 tests have been officially carried out. Since the first outbreak, 784,111 infections have been registered, while fatalities have risen to 27,908.