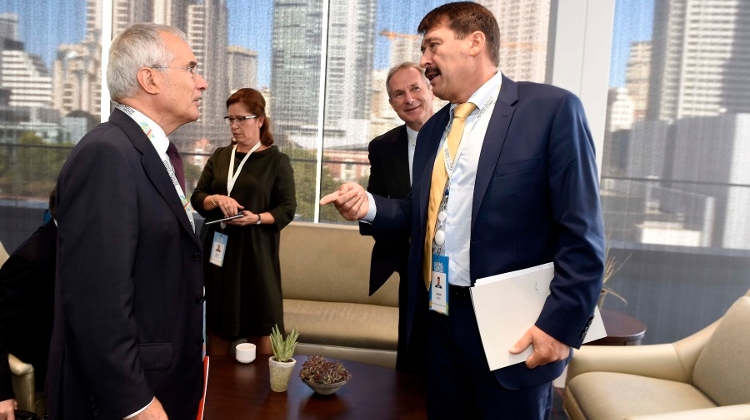 Cooperation between Hungarian scientists of the Silicon Valley and Hungary’s “dynamically developing” digital economy could be mutually beneficial, President János Áder said during a visit to Redwood, California.

The president met representatives of local Hungarian communities and praised the initiatives of Hungarian researchers in California, adding they could also build on the achievements of their peers in Hungary.

He also said that in terms of the volume and number of employees per capita, Hungary’s was the second largest digital economy in Europe.