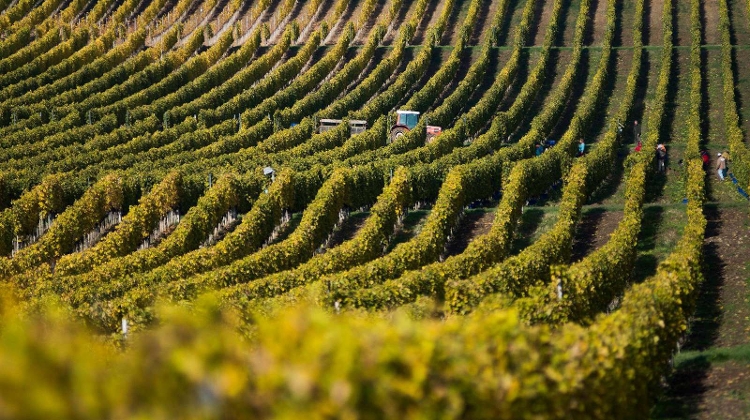 The next stop on the lockdown virtual tour around Hungary, as guided by Budapest Business Journal wine columnist Robert Smyth, finds us in the home region of the “king of wines”: Tokaj-Hegyalja.

The word “legendary” is often used to describe Tokaj, and this is for good reason, given that so many wondrous vinous things have dramatically come together in the wine region known locally as Tokaj-Hegyalja to command respect and inspire awe across the centuries.

Changing fashion in taste has dictated that Tokaj has had to transition much of its grape growing and winemaking from sweet to dry wine, but the region is starting to succeed in doing it in such a way that it is keeping its wines relevant and engaging, gaining international acclaim in the process, and is now also getting to grips with making traditional method sparkling wines.

This hilly region, located in the northeast of Hungary, is buzzing with vinous action; state-of-the-art wineries contrast with atmospheric and ever so slightly spooky cellars that have stood proud for centuries. Some are a combination of both.

Under the village of Tolcsva, the cellars of Tokaj Oremus run for a whopping 3.5 km; descending the steps into the cellar is like entering another, much older world. Yet, up top, the winery is immaculately clean and modern.

Oremus is owned by Pablo Álvarez, who also owns Vega Sicilia, the ultra-premium Spanish producer. The fact that an investor as serious as Álvarez, and there are other big foreign names involved in Tokaj, should choose this Hungarian region to set up his only foreign winery speaks volumes about how hallowed Tokaj terroir is.

The UNESCO-listed Tokaj may be steeped in a history based on sublime sweet wines but time does not stand still, even for a region that was the first in the world to have its vineyards officially classified (starting in 1730).

It is only in this century that this indigenous grape has been making dry wines of serious breeding. The dry movement has been led by the likes of István Szepsy, the doyen of winemaking in the region, and indeed in all Hungary, and Oremus, the former pursuing more of a single-vineyard approach when the vintage allows, and the latter going for a blend (Mandolás), although it is also now looking to add a single-vineyard bottling.

The last 20 years have been about developing high quality dry wine, and now it appears in the dry category that Furmint can do both lighter reductive wines that are vinified only in stainless-steel tanks, as well as fuller bodied oaked wines (though a common problem has been over-oaking, which can block out Furmint’s fairly restrained but often elegant aromas).

The aforementioned Mandolás from Oremus is more elegant with each passing year and the oak, only 10% of which was new in 2018, is now so expertly and subtly integrated that it can barely be felt, yet it brings texture and depth to the wine. It is always great value, with the 2018 vintage costing HUF 4,950 from Bortársaság.

Good dry Furmint is taut and linear, with racy acidity and quince, citrus fruit and hazelnut notes, although it is also an excellent articulator of terroir and does capture the nuances of different places of growth.

For example, a zesty Furmint with angular acidity from the cooler climes of Olaszliszka’s Rány vineyard, with its rhyolite-tuff soils, sees the place of growth firmly override the characteristics of the grape variety, no matter who the producer is.

Hárslevelű, the second most widely planted grape in Tokaj after Furmint, is also native and it, too, appears to be a good articulator of terroir. Although a mouthful to pronounce, Hárslevelű can have more generous aromas and flavors than Furmint, which deliciously merge fruit with florality, and it can also age very well.

Stéphanie Berecz of Tokaj Kikelet may hail from the Loire in France but has lived and worked in Tokaj since the early ’90s, and has shown that the Hárslevelű grape can make dry wine to rival, if not surpass, dry Furmint, with her Váti and Lónyai single vineyards.

Furthermore, she has done this from the supposedly inferior loess soil around the town of Tarcal, smashing the assumption that Tokaj’s best wines come only from the purely volcanic soils around the town of Mád. Gizella Pince’s old-vine Barát Hárslevelű 2018 (HUF 4,850 from Bortársaság) is another fine specimen from the same area.

Some of the best dry wines are actually starting to be blends of Furmint and Hárslevelű – which makes total sense as these two grapes have always worked so well together in sweet wines. Gizella’s László Szilágyi is a deft exponent of the blending art and his totally tank-made Cuvée Furmint/Hárslevelű 2019 (65% Furmint, 35% Hárslevelű) is delightfully fresh, floral and fruity, and a real bargain at HUF 2,850 from Bortársaság.

Despite all the excitement around dry wine (although even the dry wine often has a few grams of residual sugar to counterbalance the typically high acidity of the region), the botrytized sweet Tokaji Aszú still remains the icing on the very layered Tokaj cake.

With a little help from modern technology aside, Tokaji Aszú is largely made in the same way as it has been made for centuries, whereby botrytized grapes that were painstakingly picked berry by berry in several sweeps of the vineyard during a prolonged harvest season are added to a base wine.

The grapes are afflicted by “noble rot” that envelops the vineyards in the fall, helped by the proximity of the Bodrog and Tisza rivers which actually meet in the town of Tokaj. This fungus shrivels the berries and intensifies the flavors, acidity and sugars.

However, thanks to the Furmint grape’s pronounced acidity, a good Aszú is never flabby or cloying, but rather unbelievably complex, layered and incredibly long. A wonderful finishing local touch is that the wines age for years in small, 136-liter gönci barrels that come from oak growing in the nearby Zemplén hills.