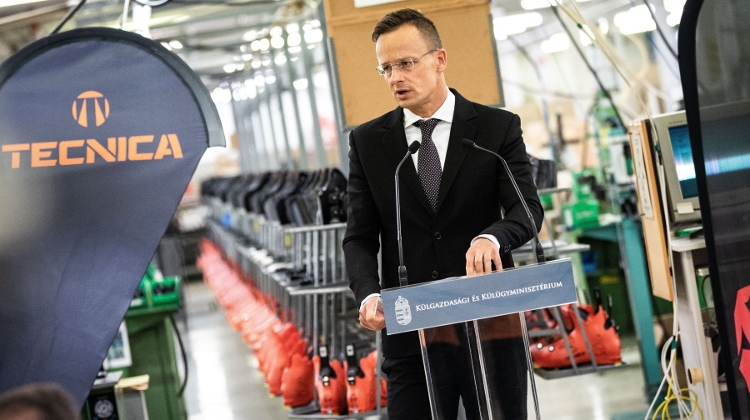 The Hungarian government’s measures banning foreigners from entering the country are an effective way of avoiding an economic lockdown during the second wave of the coronavirus pandemic, Foreign Minister Péter Szijjártó said.

Speaking at an event in Nagykálló, in north-eastern Hungary, where he presented documents on the government’s investment support to Tecnica Ungheria, a local firm manufacturing sports gear, Szijjártó said caution was imperative in the fight to contain the virus.

The government’s priority now, Szijjártó said, is to avoid the virus from being imported into the country from abroad.

Szijjártó said that seeing how robust the Hungarian economy and businesses are, he was hopeful the country would “win” the fight to defend the economy.

To protect domestic economy and jobs, the government has launched a support scheme for companies investing to protect jobs, Szijjártó noted.

So far, 806 companies have committed to investing a total of 377 billion forints (EUR 104.1m) and 673 have received government support to the tune of 151 billion forints, he said.

Tecnica Ungheria is investing 310 million forints and has received a 154 million government grant, Szijjártó said. The plant, which employs 350 people, will turn out one million ski boots a year after the technological upgrade, he said.