Wolfgang Puck To Open A Spago In Budapest 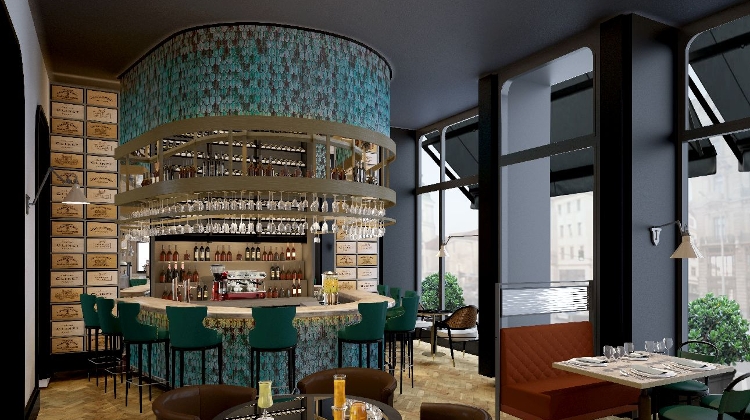 The celebrity chef Wolfgang Puck will open a Spago, his flagship California style restaurant, in Budapest’s Matild Palace - a hotel set to open this summer in a landmark building near the Danube.

Spago by Wolfgang Puck is set to open here early in summer. Originally from Austria, Puck began cooking at his mother’s side as a child. She was a chef in the Austrian town where he was born, and with her encouragement, Wolfgang started his formal training at fourteen years of age.

As a young chef, he worked in some of France’s greatest restaurants, including Maxim’s in Paris, the Hotel de Paris in Monaco, and the Michelin 3-starred L’Oustau de Baumanière in Provence. At the age of 24, Wolfgang took the advice of a friend and left Europe for the United States.

Today his legendary name carries an undeniable cachet, synonymous with a bold, innovative school of cooking that redefined fine dining in America and around the world. His trademark dishes, coupled with his unmistakable panache and passion, have revolutionized the culinary industry.

After many years away from home, Wolfgang returns to his new home in Central Europe, Budapest, with three exceptional concepts that will all be located at Matild Palace, together with his culinary team that includes the best talent around Hungary:

Matild Palace will be home to the first European outpost of Wolfgang Puck’s iconic Spago restaurant, which stars as Wolfgang’s signature culinary experience.

“I’ve been waiting for the right time and partner to return to Central Europe,” said Wolfgang Puck. “I am thrilled to finally have Budapest, the Queen of Danube, as my new home, and look forward to providing exceptional culinary experiences to the city’s residents and visitors.”

The original Spago opened in 1982 in West Hollywood, California, and became an overnight success. Known for its Californian cuisine, the restaurant relocated to Canon Drive in Beverly Hills in 1997 and has continued to be a culinary phenomenon. Spago was the recipient of the AAA Four Diamond Award and two stars in The Michelin Guide-Los Angeles edition.

Located here at the corner of Váci Street and Duna Street, this new venue will offer contemporary design, a stunning lounge, and a terrace located at Duna street. Spago aims to cater to a brand new gastronomic culture in the city by blending the chef’s iconic Californian cuisine and Wolfgang’s talented local chefs’ Magyar culinary skills, traditions and choice of local products.

Scheduled to be opened by the hotel in September, this initiative is the reimagination of one of the finest and most historic European Coffee houses, the Belvárosi Kávéház, which has been a much-loved institution of Budapest’s urban history, established in 1901.

Created more than a century ago and restored its rightful grandeur today at its locale under Matild Palace, the iconic heritage and culinary traditions of this famous classic art nouveau café is composing stylish and modern scenes of pleasure over coffee, cakes, bakery, comfort food, all envisioned by Wolfgang Puck, together with peerless service for its guest.

Matild Palace General Manager Emre Pasli said, “Wolfgang Puck's name is synonymous with the best of restaurant hospitality and the ultimate in all aspects of the culinary arts, and is acclaimed globally for delivering exceptional culinary hospitality".

"With his seasonal, cutting-edge concepts, style, and his involvement in all aspects of the operation, we are sure Matild Palace will be the perfect home for him and his team to ignite the city’s dining scene into a gastronomic epicenter,” the GM added.