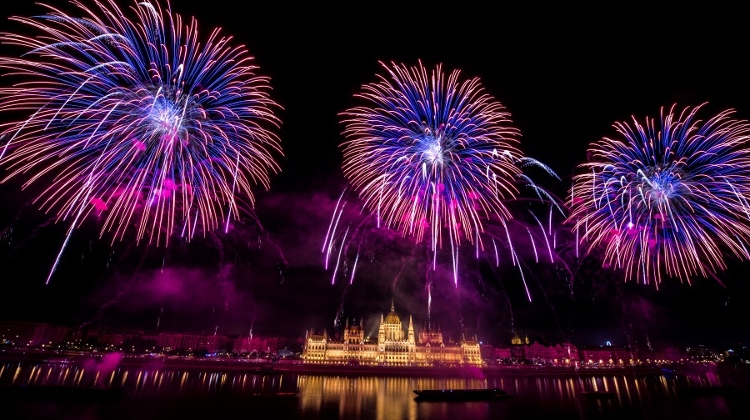 Under-privileged children will again benefit from this year’s Xpat Party for Charity at the Budapest Marriott Ballroom on October 27, with a target of topping HUF 5 million from donations.

This was the sum raised at the 2017 event and this year the proceeds will go to:

The annual event has brought together the international community in Hungary for over a decade, and they always celebrate mightily at the British-style "Guy Fawkes-Bonfire Night" party.

Plenty of locals always attend too, and they well know by now that Fawkes was a member of a group of provincial English Catholics who planned to blow up the Houses of Parliament in London but failed in the Gunpowder Plot of 1605.

In line with the folks back in Britain who celebrate Bonfire Night each November 5 with fireworks, the Xpat party always offers similar with its Virtual Bonfire and Fireworks display on the big screen.

This year’s party will also feature a "FireMagic Performance" by Anna Balogh, live music by Klára Hajdu with Oláh Krisztián, and what promises to be an exciting new expat band that will be playing Red Hot Chili Peppers covers.

A new addition to the entertainment this year will be Taste & Play wine-casino games, an interactive tasting experience where participants can "gamble" safely while sipping away merrily. This is for fun, not cash.

As well as supporting local charities, the feel-good event will celebrate the 18th anniversary of XpatLoop.com, which publishes daily news and every week provides an informative emailed newsletter to keep Budapest’s business, diplomatic and cultural circles informed about what’s going on in the big city, from important political happenings to quiet social events.

FirstMed, which operates two private health clinics in District II, is again the main sponsor of the evening, with the riverside Budapest Marriott Hotel the venue sponsor. The Silver Sponsor is Special Effects International and the Bronze Sponsors are Pászka and Partners, and Stan Ahuja Couture.

The money drive will be helped along by an auction conducted by Maltese restauranteur and chef Marvin Gauci, who made a name for himself after opening four successful restaurants in the Mediterranean country and then branched abroad with the Caviar & Bull in Budapest’s Corinthia Hotel. The following will be auctioned:

Master of Ceremonies will be American professional voice actor Hans Peterson, now based in Hungary and who describes his vocal impact as "deep, rich, smooth and wise".

The entrance fee is a donation of HUF 10,000 or more per person, payable upon arrival. All guests receive a free day pass worth HUF 6000 for Go Active premier health and fitness club.

As Gábor Patzauer, founder and president of the Magic Lamp Wish Granting Foundation (Csodalámpa) says: "Our team is greatly honoured that its mission of granting 260-300 wishes per year for very ill children is supported by XpatLoop readers. Thank you."