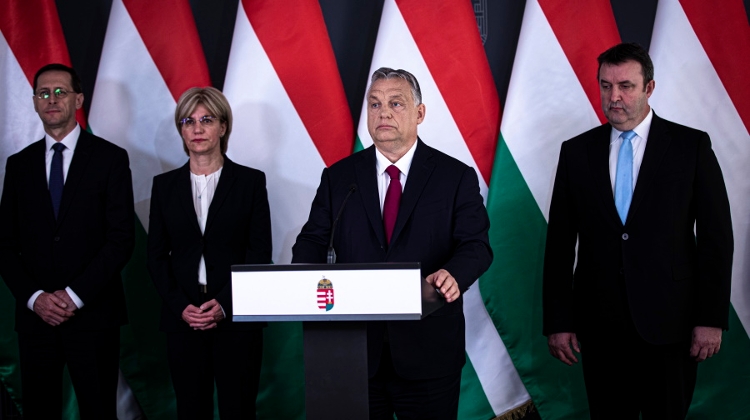 The government aims to create as many jobs as the number of jobs destroyed by novel coronavirus, Prime Minister Viktor Orbán has said.

Orbán said in a televised speech that the epidemic and its economic fallout were battle fronts that must be fought simultaneously. To preserve jobs, the government is subsidising the wages of employees whose working hours are reduced.

Additionally, the government is providing 450 billion forints (EUR 1.2bn) of support for investments. Also pensioners will receive extra payments in four phases starting next year, and over 2,000 billion forints (EUR 5.5bn) of credit will be made available with interest subsidies and state guarantees to companies.

The measure will benefit businesses in tourism, health, food production, agriculture, construction, logistics, transport, as well as creative industries. The action plan as a whole will involve reshuffling 18-20% of GDP.

The government must deviate from the 2020 budget under the changed circumstances and raise the budget deficit from 1% to 2.7% of GDP this year, Orbán said, adding that Hungary had dedicated itself to financial stability and responsible fiscal management ten years ago, and this would not change now.