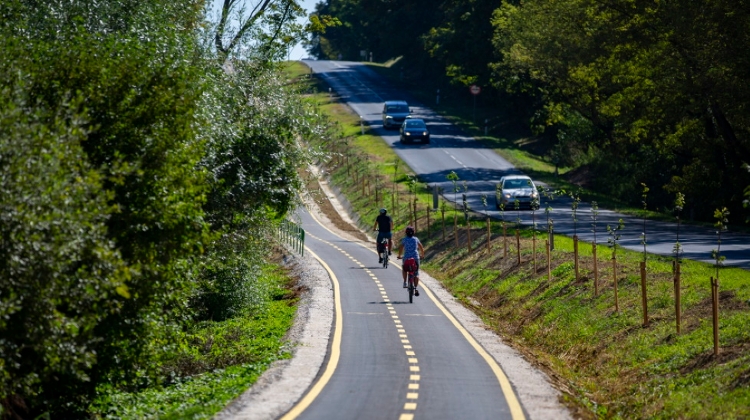 “The government is handling the development of cycling infrastructure as a priority, and the goal is for the total length of cycle paths in Hungary to reach 15 thousand kilometres by 2030”, Minister of Foreign Affairs and Trade Péter Szijjártó said at the official inauguration of the new cycling path between Biri and Balkány.

According to the Minister, the new investment will serve the comfort of cycling tourists visiting the area, while making it easier and safer for local residents to reach the suburbs of Biri and Balkány, for instance also in the interests of performing agricultural work.

“This is also important because cycling has gained new momentum in Hungary in view of the coronavirus epidemic, since if people wanted to stay in the fresh air while conforming to the restrictions introduced because of the epidemic, and while maintaining social distancing, then cycling was the most obvious solution”, he explained.

The Minister pointed out that in the Netherlands three quarters of children now go to school by bicycle, and although “we Hungarians are not yet at this level” we are still doing very well in view of the fact that within the European Union the largest proportion of people use their bicycles in Hungary, following the Netherlands and Denmark.