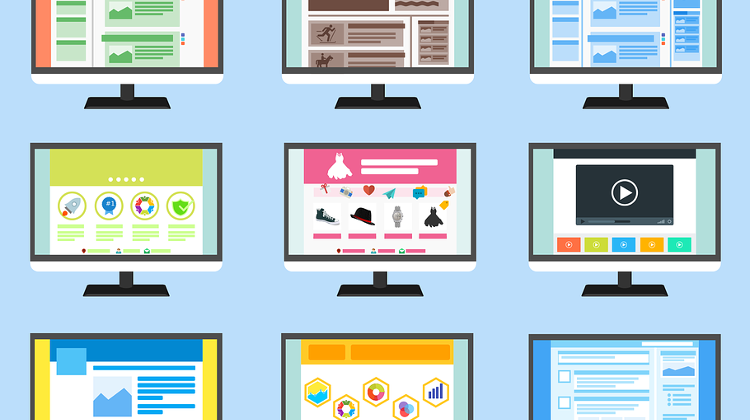 Every spring, as companies close their balance sheets by 31 May, eNET compiles a comprehensive analysis of Hungary’s online retail trade. The latest results were, in what is now a tradition, published at the annual Ecommerce Hungary conference. 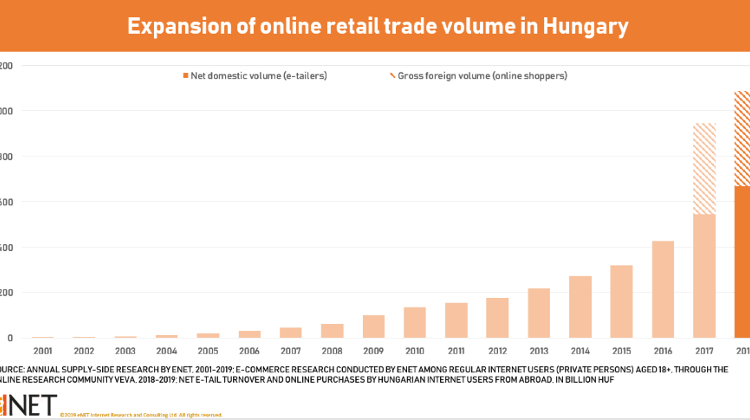 E-traders performed well last year, too, as Hungary’s online retail trade volume grew by 23%. Based on the sales figures of more than five thousand e-tailers, the share of online sales reached 7% of total retail sales, which corresponds to 13% growth compared to the previous year.

Even though the number of shoppers keeps rising every year, the growth is slowing. Any further expansion of Hungary’s e-tail sector will be defined by the intensity of purchases rather than the growing number of new online shoppers.

The average annual online turner per customer went up from EUR 354-355 (HUF 111,000) to EUR 384-385 (HUF 124,000). As to the most popular product categories, information technology has maintained its lead, followed by entertainment electronics as well sportswear and other clothing. The third position is held by home furnishing and decoration. 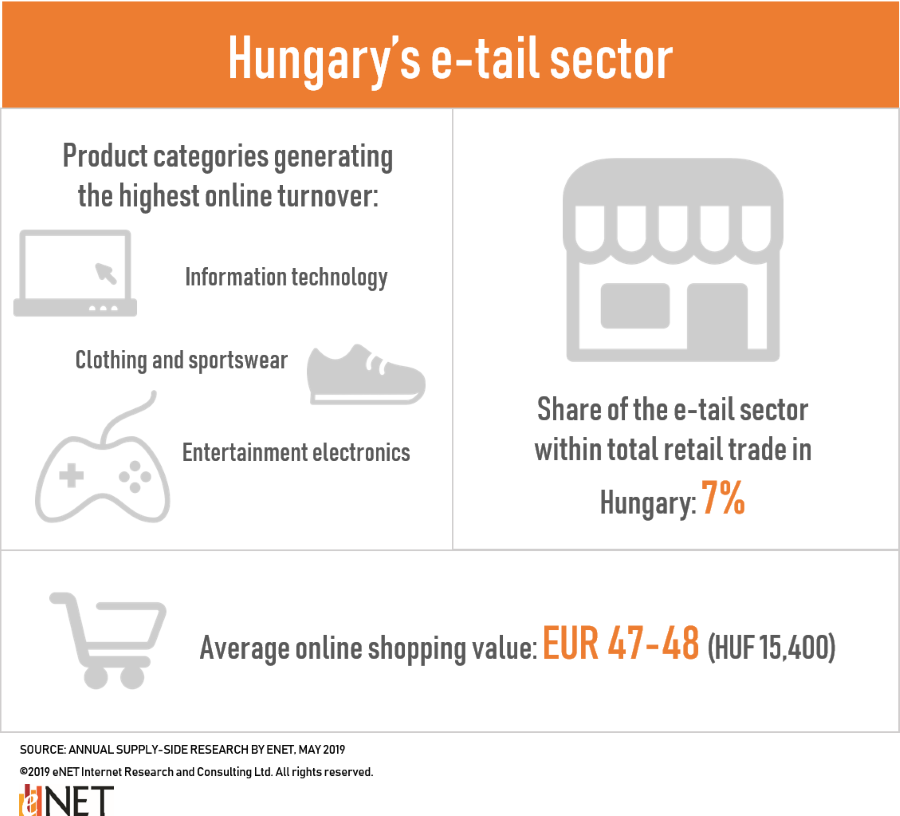 More and more of the largest global retailers deliver their goods to Hungary, and customers take advantage of the opportunity. Half of all online shoppers now order goods from abroad; their number is 3.1 million, up from just 1.7 million in 2016.

This means that the overall value of e-tail transactions initiated in Hungary exceeded EUR 3.1 billion (HUF 1,000 billion) in 2018. The increasing intensity of purchases from foreign webshops presents a huge challenge to Hungary’s economy because these goods are simply transported to our country and handed over to customers via courier services.

As many as 91% of adult Internet users, i.e. 5.4 million people now shop online. In fact, one in four or five customers (1.2 million people) buy food and household goods online, too.

The online turnover of FMCG products now makes up one sixth of Hungary’s total e-tail business volume. The dynamic growth (18% from 2015 to 2016, 35% from 2016 to 2017, and 27% from 2017 to 2018) is expected to continue in the near future; the segment is expanding faster than the entire market, so its weight is increasing. The tendency is fortified by the launch of Spar’s online marketplace in May.

Hungary’s online trade has developed much in the past 5-7 years in terms of product range, technologies, services and education alike. More and more conventional retail chains have launched their webshops.

Segments have gained ground in online sales that nobody had expected to succeed, such as clothing and home furnishing / decoration. Competition for customers is increasingly lively, as evidenced by improving services, huge communication budgets, and a price competition that has become more or less unsustainable.

Negative effects of cut-throat competition have appeared, such as free delivery instead of improving logistics. This has resulted in massive delays in year-end parcel deliveries.

The competition has also resulted in the start of market consolidation, primarily indicated by the planned merger of eMAG and eDigital.

The market reshuffling is foreseen to continue in the coming years, with mergers and cooperation agreements between both the largest players and mid-sized, vertical online stores. And that is necessary because Hungarian webshops must compete with international market players as well, as more and more Hungarians spend their hard-earned money in foreign webshops and market places.